How To Build A Successful Insurance Agency? How I Grew to $5M Premiums FAST 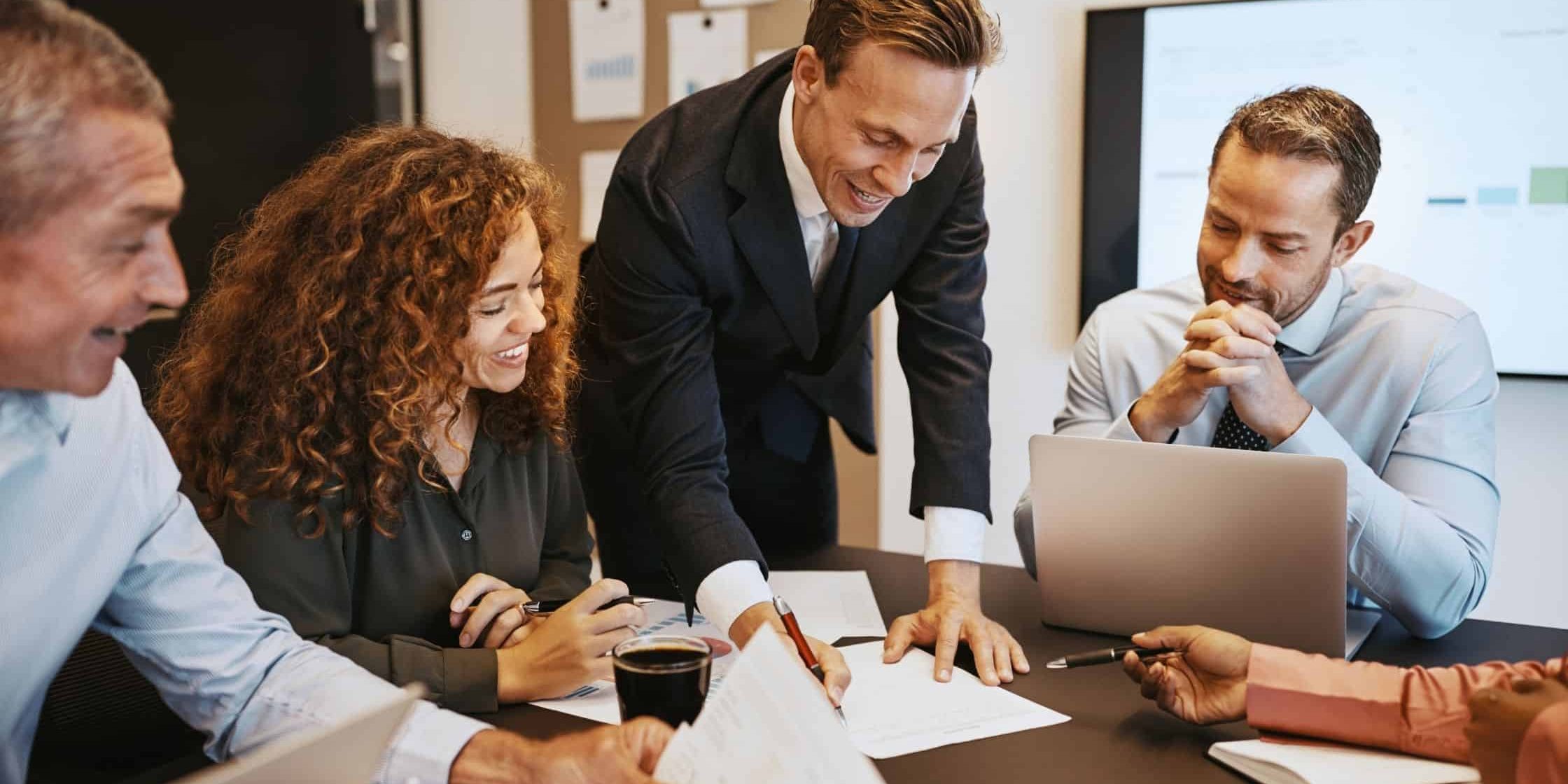 Crazy to think we’re already only 2 months away from 2022.

And so what I wanted to ask you today is…

Where are you at with the goals you set for the year?

But it’s a whole other thing to actually look back and measure yourself against them.

It’s human nature. And it’s happened to me a hundred times too.

And so alotta times we simply forget about the goals we were so hyped up about at the beginning of the year.

So whether your goal was to grow a successful insurance agency…

Or hit a new record in monthly premium of $100,000 a month to be a successful insurance agent

Or hit the gym 3 times a week…

Or to simply spend more time with the family…

How’ve you been making out?

A lot of people overlook this idea of reviewing where you’re at.

Some people even say it’s “cheesy”.

But taking a few minutes to look at how you’ve been doing can make a huge difference.

‘Cause if you’re not on track to hitting your goals…

Or if you’ve simply abandoned them altogether (again, happens to all of us)…

This way you can figure out what’s going wrong.

And think about what you gotta do to get back on the right path.

It’s just as important to take the time to set new ones, and start working towards them.

So, today, I want to give you some tips to achieve some of the goals you’ve set for this year.

How To Build A Successful Insurance Agency

I grew my agency to over $5mil in premiums, in just around 4 years.

Way faster than I ever could’ve guessed at the beginning.

“Can I get results that fast too??”

“How do I become a successful insurance agent?”

“What should I know on how to build a successful insurance agency?”

While I wouldn’t say there’s exactly a “secret”…

Here’s what helped me a TON:

Being open to learning from other people.

Even if it requires cash outta your pocket. 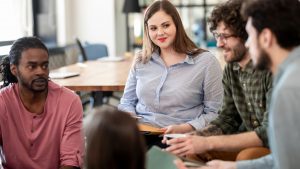 Friends of mine both in insurance and in marketing have paid THOUSANDS for personal tutors.

In fact, I know a guy who knew who’d be the perfect mentor for him…

And he simply emailed him over and over again. (Obviously offering decent stack of cash)

Until the other guy eventually gave in and decided to say YES to mentoring him.

In the end, it cost him a few thousand bucks.

His business is very successful…

And he looks back on the money he paid for mentorship like it was a few pennies.

For me, I paid some serious $$ to learn from someone who knew marketing.

‘Cause I knew it would take YEARS to figure it all out on my own.

And not to mention…

PLUS all the money I wouldn’t be making by going the long route.

Alotta people fail to realize your losses are two-fold when you decide to go it alone.

There’s one, the money it takes you to go that route.

AND two, the money you could’ve been making by going the “easy” route.

At first it was a big deal, I’m not gonna lie.

That money I threw up was HUGE to me at the time.

But looking back now…

Because it’s an investment.

And so while I definitely don’t believe in shortcuts….

(In business or in anything really)

But there are definitely faster (and smarter) ways to do things.

Is the best way there is to do that.

If you’re looking for a mentor on how to build a successful insurance agency, Fully Covered Training might be the Program for you.

One of our students, Derek, hit an all-time record in sales a month after they implemented the Program. They sold somewhere around $70,000 in new business premium.

And here’s what he has to say on how he sees the Program:

“A lot of the times, agents get hung up on the cost of things. But when I look at it, this is an investment in yourself. This is an investment on your agency. The Fully Covered Program isn’t just a piece of software that you utilize. You’re going to learn skills in that program that you can utilize for years to come. I don’t know what holds people back from doing Fully Covered Program but all I can tell them is if they decide NOT to do it, that’s great! I think that’s awesome because that means that’s less competition for me.”

Learn from your competitors.

Alotta people go out of their way NOT to do THIS.

But truth is, swallowing your pride and trying to do this one little thing can return huge gains back to you over time.

For example, maybe there’s an agent in your area who’s crushing it.

Alotta people would let that make them angry.

They’d want nothin’ to do with that agent…

Because they’d see him as a threat.

Someone who’s stealing potential business from them.

But chances are, they’re not having success out of pure luck.

And so by studying what they’re doing…

Could unlock HUGE insights how to improve your own business, or your own way of doing things.

Or at a very minimum…

It could save you enormous amounts of time and money…

By giving you proof of what you should NOT be doing.

And sure, maybe this all sounds obvious…

But especially in today’s world…

It’s scary how easy it is to live inside a bubble.

Where everyone else in that bubble sees things exactly the way you do.

And will never disagree with you or challenge what you say.

But with that approach, odds are you’re leaving a lot of growth on the table.

Being challenged, or realizing you’re doing something “wrong” compared to someone else is a GOOD thing.

And that’s why I say you should always study your competitors.

They’re not your enemies.

They’re simply chances to learn, get smarter, and hopefully make a whole a lot more money.

You’ll gain a massive advantage over all of them.

‘Cause you’ll be the only guy or gal who’s looking at both ways, and taking the best from both of them.

Schedule down-time in your calendar just like everything else 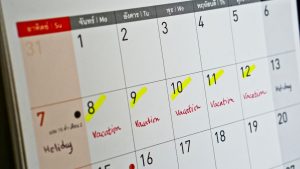 In my last few posts, I talked alot about how to build a successful insurance agency and all the work that goes into growing it.

The sacrifices and commitments.

It takes a lot, and I never try to hide that.

Is how you go about fitting in your down time.

I’m talking the things you love doing outside of the agency and your business.

Or fishing with a couple buddies.

Here’s something I wish I thought about doing years ago.

Schedule that time in your calendar just like anything else!

I mean, every other part of our day gets scheduled.

Meetings with LO’s. Calls with clients.

Maybe you blocked off an hour to work through the Fully Covered Training Program.

But when it comes to down time…

Alotta us make the mistake of squeezing it in “when we can”.

Or even just as often…

We fill that time with more work, without thinking twice about it.

Block off those times in your calendar.

Otherwise, it’s much harder to make those things happen.

And without taking enough time to simply enjoy life…

Well, it’s an easy way to get to burnout – if you asked me.

Plus, here’s another perk I’ve noticed:

Say you’re feeling tired, and so you decide on the spot to step away from work for a couple hours.

It’s easy to feel GUILTY and beat yourself up – feeling like you’re wasting your day.

But if you schedule that “down time” in advance…

You’ll know what you have to get done before then.

And you’ll know that you’re gonna spend that next hour or so NOT working.

Rather than spent thinking about all the other stuff you could be doing instead.

Nato owns Guajardo Insurance Agency. He learned the lessons he needed to learn so that his agency avoided the traditional ups and downs of lead flow and sales. He created Fully Covered to do just that. A methodology and system that provides predictable and automated online leads to insurance agents that have a passion for helping people.

Today, Nato runs his business together with his wife, Angelica, without the stress of finding the next client or worrying about if there is enough money in the bank. Plus, he gets to protect clients with our Agency and protect his peers through education and systems that took years to figure out on his own.

P&C Agency Owners: How to Grow Your Insurance Business
November 26, 2022

The Insurance Lead Management System To 3X Your Agency While Working Less
August 19, 2022

How To Grow Your Insurance Business With The Fully Covered Program
May 19, 2022

4 Must-Read Books for Insurance Agents And The Truth Behind My Success
March 4, 2022